The city’s glamorous Curry Awards are proud to announce that next year’s event will support ABF The Soldiers’ Charity.

Running since 1944, the national charity has helped millions of people and strives to maintain the same respect and trust as the Army.

They pride themselves in offering a lifetime of support to soldiers and veterans in need from the British Army, and their immediate families. They also help a range of specialist charities that strengthen the British Army ‘family’ at home and internationally. 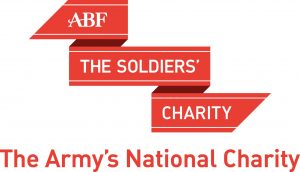 David Young, Lieutenant Colonel and Chairman said: “Napoleon Bonaparte is accredited with saying ‘An Army marches on its stomach’, and a good curry has always been at the heart of the British Army for over 250 years. Never more so are these sentiments felt in Leicester, the capital of South Asian cuisine.

To be chosen as one of the two charities for the Leicester Curry Awards is, not only a great honour, but also a testament to the 160,000 Indian Dominion Forces who gave their lives in two World Wars.”

The organisation, who have a regional office in the East Midlands, will receive 3% revenue from individual ticket sales from the event.

Romail Gulzar, Founder of the awards said: “I am very moved with the work that ABF The Soldiers’ Charity does and I hope our platform will draw even more attention to their important work.”

As well as helping soldiers, veterans and their immediate families, the charity also offer grants to help with vocational training, elderly care, housing and more.

The 2019 awards will be taking place on Monday 8 April at Athena.

For more information on ABF The Soldiers’ Charity head to their website.