The wait is over and the public have spoken. After thousands of nominations poured in for more than a hundred Indian food establishments, a shortlist of 30 finalists across the six awards categories has been announced.

Some of the City’s & County’s most popular eateries attended a special event hosted by Pukaar News at BBC Leicester where the announcement was made. 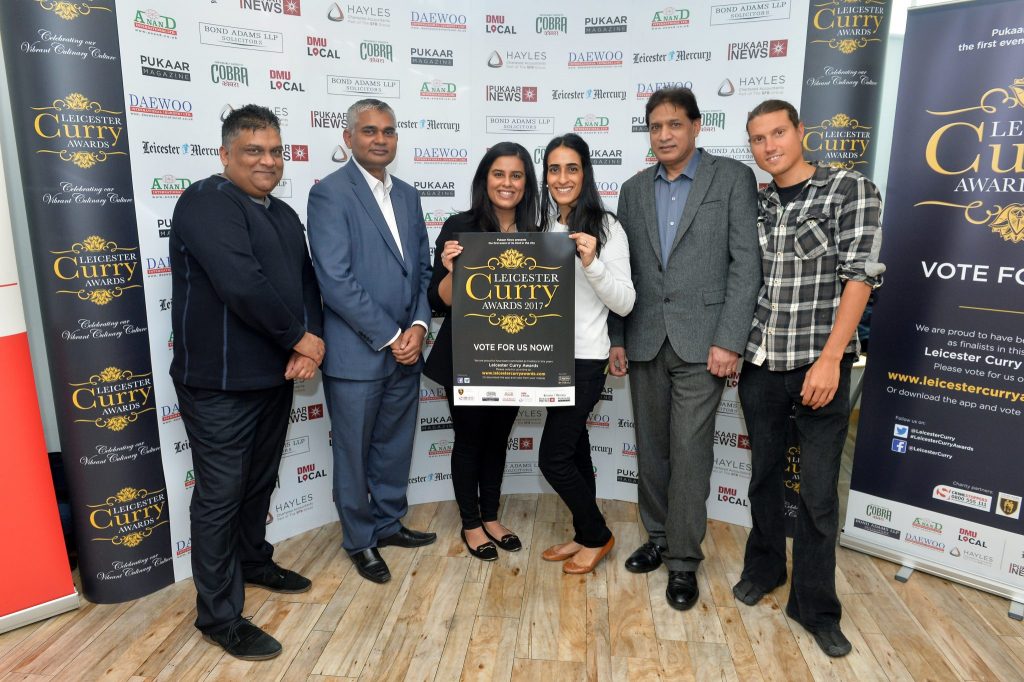 The event was also attended by Cllr Manjula Sood (Assistant City Mayor), and Professor Surinder Sharma (High Sheriff of Leicestershire) who, as well as rubbing shoulders with some of the best Indian food establishments in the city, also announced some of the category finalists

We’re thrilled to see such a positive response and now the fun starts; the next stage is made up of a public vote and in the hands of a team of mystery diners who will visit and rate all 30 restaurants while sampling an array of mouth-watering dishes.

So stay tuned and follow us on Twitter to keep updated with the latest Leicester Curry Awards news and views.