NEW KIDS ON THE BLOCK

NEW KIDS ON THE BLOCK

Leicester welcomes a fresh annual event to its social calendar.

There’s still a lively buzz in the air following the inaugural Leicester Curry Awards. Just five days ago, on April 23rd, Athena opened its doors to the vibrant event that championed Leicester’s finest Indian eateries.  The dazzling evening welcomed around 500 guests and VIPs on the red carpet where they had the opportunity to be photographed before being greeted with a drinks reception and delicious canapés. 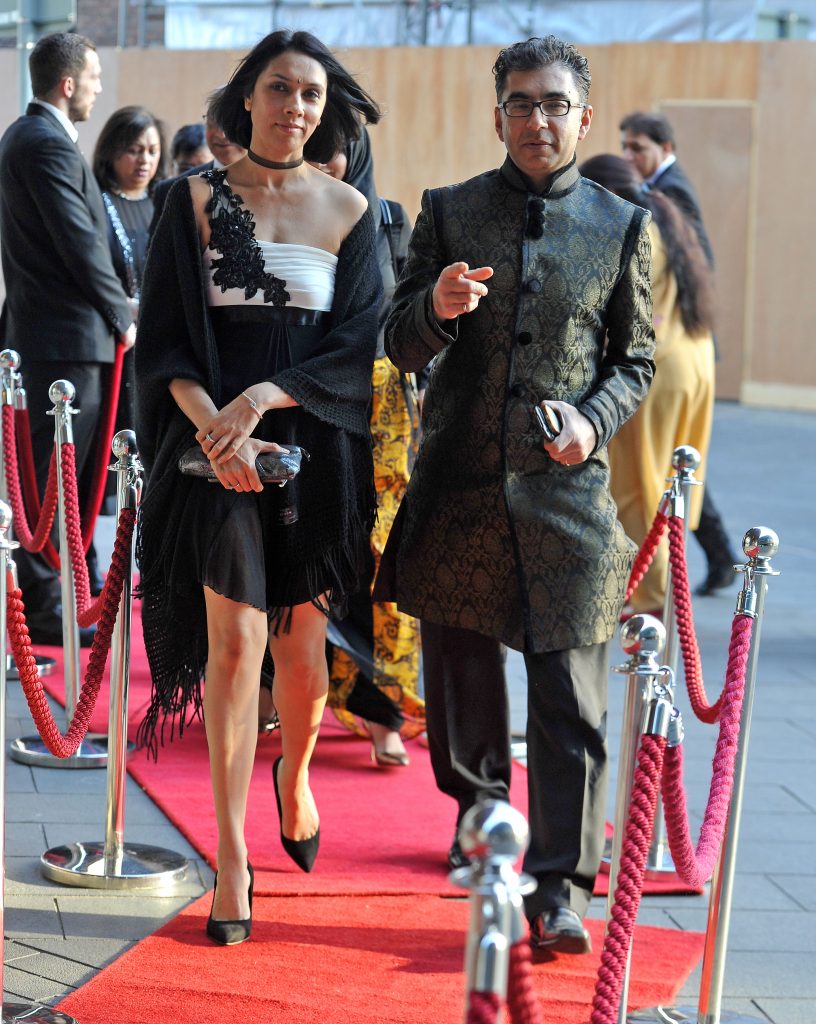 The sold-out event was the result of ten months of meticulous planning, thousands of public votes and mystery food sampling by six high-profile judges. With an overwhelming response, almost 200 establishments across the city and county were nominated, but only 30 made the cut. With awards up for grabs across six categories; Best Takeaway, Best Pub Restaurant, Best Vegetarian Restaurant, Best New Restaurant, Best Fine Dining Restaurant and Restaurant of the Year. The Leicester Curry Awards highlighted not only great food but also great service to its customers provided by each of the finalists. 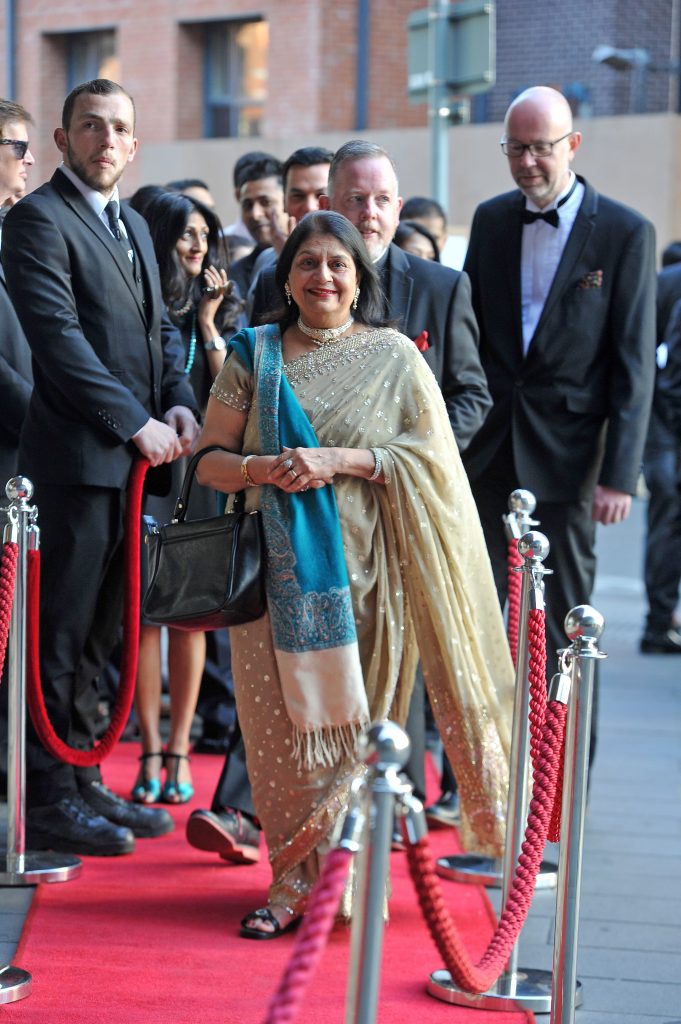 During the excitement of the awards build-up, and keeping in line with the curry theme, guests enjoyed a delicious three-course Indian meal catered by Ragamama Ragasan. 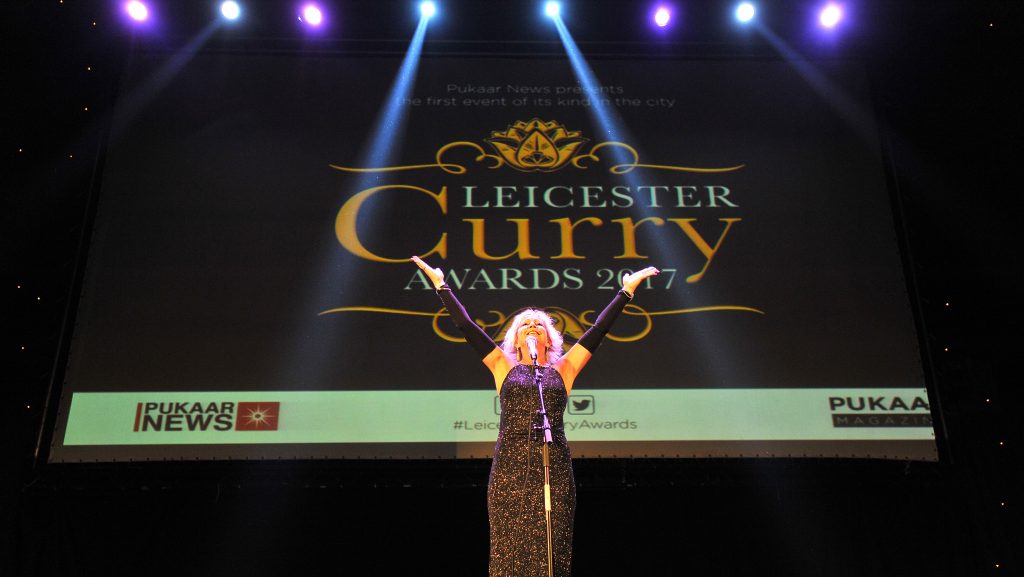 Setting the scene for the anticipated awards, a red ribbon was cut by Romail Gulzar, founder of the Leicester Curry Awards and managing editor of Pukaar News. Each delighted winner was presented on stage with a certificate and trophy by a judge and their category sponsor. Chutney Ivy was awarded Restaurant of the Year, Bombay Bites on Braunstone Gate walked away with Best Takeaway and Best Fine Dining Restaurant went to Shimla Pinks. Mumbai Inn bagged Best New Restaurant, Chai Paani won Best Vegetarian Restaurant and Best Pub Restaurant was awarded to Paddy’s Marten Inn.

As well as celebrating local curry houses and takeaways, the Leicester Curry Awards also supported two nominated charities; Crimestoppers UK and the Rik Basra Leukaemia Campaign. A total of £4,000 was raised and split between the causes, gained from a proportion of ticket sales and an auction among guests.  The event was proudly sponsored by Cobra Beer, DMU Local, Bond Adams Solicitors, Anand and Daewoo International, RB Infinity Investments Ltd and Hayles Chartered Accountants. 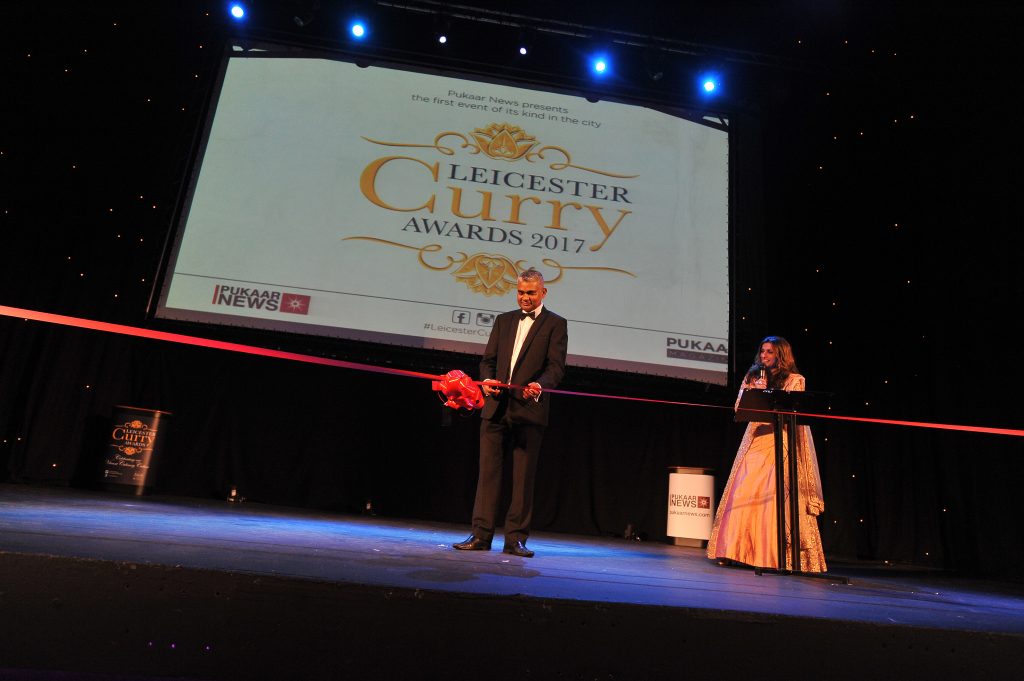 A huge thank-you to all of the judges, sponsors, nominated charities and guests!